It Gets Worse Before It Gets Better… 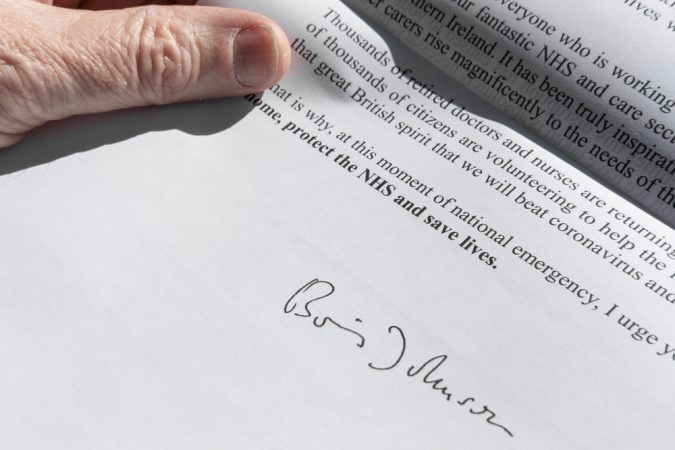 These are the words of the Prime Minister we’ll all read in an ‘unprecedented’ letter being sent to every home in the UK this week: “Things will get worse before they get better.” He’s being realistic but also offering hope; things will “get better” (but thankfully he’s not singing D:Ream’s hit song, like one of his predecessors).

Sadly though, I think his hope is rather uncertain. How can he know things will definitely get better? He can’t. This imitation hope is grasped at like a wet bar of soap by so many because it’s narrative is not anchored in a bigger story that gives it substance and makes it much easier to pick up.

We, followers of Jesus, have that essential big picture, not because we’re anything special but because God in his mercy has let us in on his grand plan of salvation, the ultimate meta-narrative of the universe: things get worse but then they get better, and the end is even better than the beginning.

Things got worse for Joseph, thrown into a pit, sold into slavery, then worse again, falsely accused of rape and imprisoned, before they got better, elevated overnight to the second most powerful man in the world with the privileged opportunity to save the lives of thousands from starvation.

Things got worse for the people of Israel in Egypt, already slaves, now forced to make bricks without straw, then the miracles started to happen, it looked promising but it led to them being surrounded by mountains with their backs against a sea – no way out – and Pharoah’s terrifying army was bearing down on them, like a plague of locusts, or you might even say the coronavirus. Things were getting worse again, oh, but God supernaturally parted the entire Red Sea and they walked through it on their way into the Promised Land. Things got better, until they started moaning about the lack of spicy food. Then they got better again with God graciously feeding them meat and bread from heaven.

Things got worse for Naomi and Ruth, first famine, then death, but rather providentially they happened upon a Christ-like kinsmen redeemer called Boaz and the outlook became much, much brighter; there was a wedding, and special baby on the way.

Things got worse for giant-killer David: his boss started using him for target practice, throwing spears at him, and he was forced to live in caves but in time he became king and united the twelve tribes of Israel, bringing wealth and prosperity, founding a capital city, and making preparations to build the Temple.

Much of Jesus’ ministry follows a similar pattern (which shouldn’t surprise us because Jesus is God and these are God’s ways).

A distraught father brings his demon-attacked son. Jesus rebukes the evil spirit. It shrieks and the convulses the boy. It looked so bad at this point people thought the boy had died! Things got worse… but then Jesus took the boy by the hand and he got to his feet, completely restored (Mark 9:14-29).

Jesus deliberately delayed visiting his sick friend Lazarus (John 11). He deliberately let him die. So he could deliberately raise him from the dead. A deliberate trailer for what was coming, Jesus’ own death and resurrection.
When Jesus died, things got seemingly worse. Many (if not all) of Jesus’ followers were distraught. Cleopas and the unnamed disciple (perhaps that’s a cue for us to put ourselves in the story) were downcast and discouraged on the Sunday following Jesus’ Good Friday crucifixion. They had lost hope, ironically, as they walked with the Risen Jesus, whom they were kept (by their own despair?) from seeing (Luke 24:13-35).

Things got worse at the cross, at least that’s the way it appeared when they had actually got a whole let better, Jesus had defeated sin, sickness, suffering and death. The Resurrection proved that.

This means followers of Jesus can abide in a deeper third-day reality, whilst continuing to reside in a second-day world. Because of the Resurrection we can know things can and will get better. What happened to Jesus’ glorified body will happen to all of creation one day. Every wrong will be righted. Every trace of sin removed. A New Heaven and Earth will come together in which all things have been made new. Sure things are going to get worse with the coronvirus, maybe 20,000 people will die in the UK, that is terrible, horrible, God cries over everyone of them. But things really are going to get better.

There is a day coming… and through faith in Jesus, not by trying to be a good person but simply trusting in Jesus’ atoning sacrifice for sin (meaning: he paid the penalty you deserve for your wrongdoing) things can and will get better for you, in the place that matters most, eternity, which, btw, will make these present trials seem only momentary. So with this perspective, things really can get better for those who *believe*.

We do not stare hopefully at a few lines from one scene in an act of a play; we know the whole plot-line. God has been kind enough to spoil us a little and let us in on the ending… so we can live with HOPE even in these difficult times.