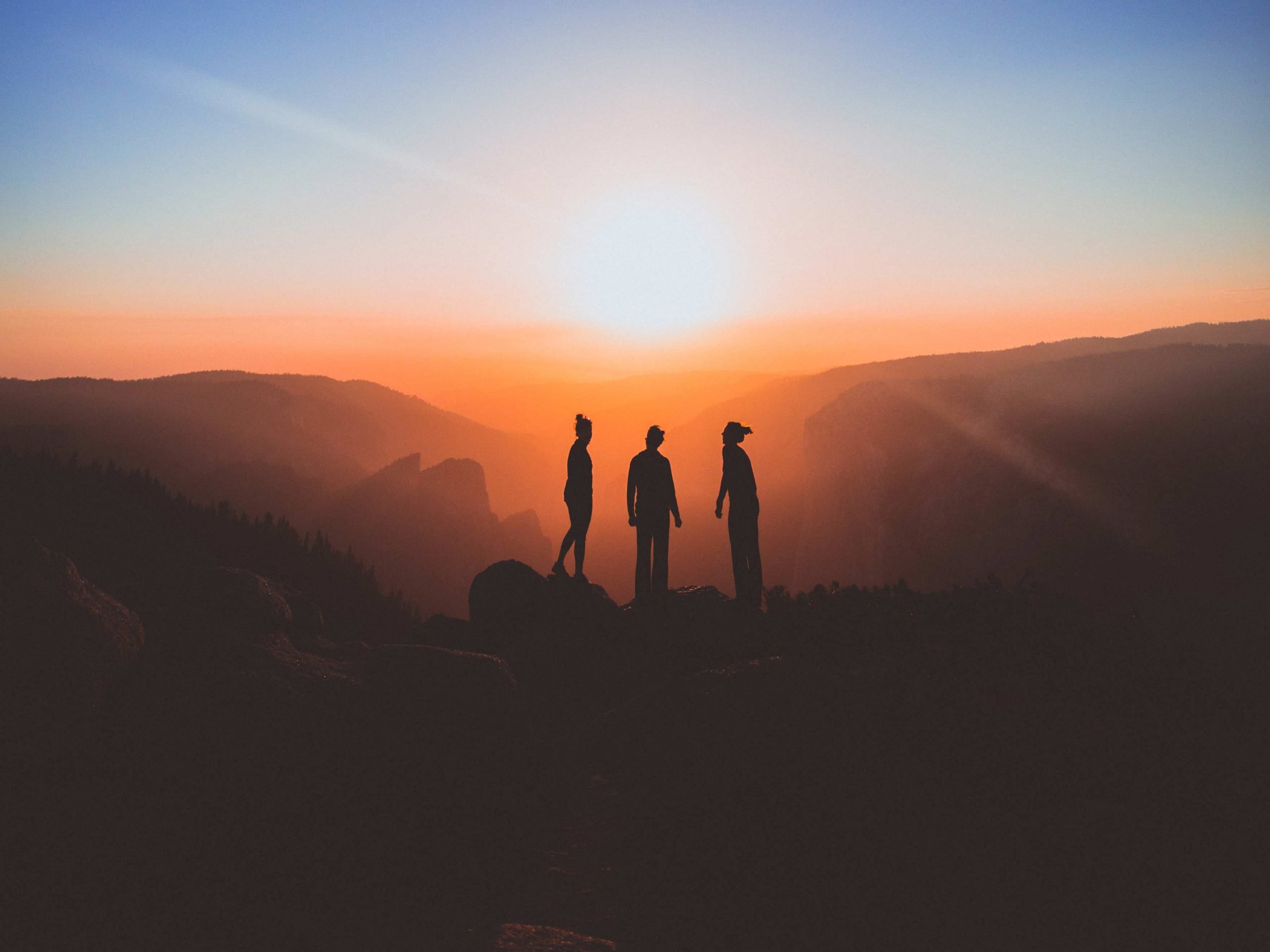 When I was at secondary school we had an Irish sports teacher who had an interesting way of saying say ‘third’. It caused much amusement when she lined us up; you in the first lane, you in the second, you in the [sensitive readers look away now] turd lane. I hope I haven’t offended anyone but sorry if I have. It’s not without reason though, read on to find out.

For many today, the idea of hope is hopeless. The imaginary rainbow of Brexit looks like it’s leading to an empty pot of gold. So many similar types of hope are disappointing. Crushingly so. The marriage that promised infinite happiness becomes a miserable mess. The career that was going to be your crown and glory slowly sputters and crash lands instead. And so on.

That’s something of how Jesus’ disciples felt on the Saturday after He’d died. No-one really talks about Easter Saturday much – the day after disaster – the day dreams die. It’s all Shrove Tuesday, Ash Wednesday, Maundy Thursday, Good Friday and Easter Sunday. But Saturday is where many of us live, in chronic-(low level continuous)-mixed-with-occasionally-acute-(sudden crushing) disappointment between the cross and Resurrection. It’s the turd day. Or you could say Expletive Saturday.

Why the strong language?! Well, I feel it’s important to convey the strong feeling; the inner scream, the silent cry of despair. It’s the reality of how many of us truly feel inside if we’re willing to take our masks off.
These disciples had given up so much. They’d left everything to follow Jesus. They’d seen Him heal, raise the dead but now He was dead. He was their hope. Israel’s hope. The world’s hope but now He was gone. This is Saturday, the second day. It’s the day where cancer rules and car crashes kill. It’s the world we live in but, and it’s a big but (personally ‘I like big buts and I cannot lie’, sorry, couldn’t resist the song reference), the “third day” has come and is coming (1 Corinthians 15:4).

Oh troubled heart do not be dismayed, Resurrection Day is on the way!

The third day is pregnant with hope throughout the Scriptures – and fyi three days and three nights is a colloquial Jewish way of talking about a period of time that covers three-ish days, parts of a day being counted as a full day, rather than a literal 72 hour period (check out the transition from Esther 4 to 5 if you’re not convinced).

Genesis 22:4
It’s on the third day that a ram is provided by God, a substitute to save Isaac from being sacrificed, and Jesus’ substitutionary sacrifice of the cross is foreshadowed.

Genesis 40:13
It’s on the third day Joseph, in prison, says to Pharaoh’s cupbearer you will be lifted up and restored to the king’s presence.

Genesis 42:18
It’s on the third day that Joseph releases his brothers from prison. They are set free on this day. But it’s the beginning of a liberation that was way beyond their imagination. Physical yes. But spiritual. Freedom from guilt for selling their brother into slavery. Reconciliation and add to that freedom from famine.

Exodus 19:10-11
It’s on the third day God promises to come down from Mount Sinai in sight of all the people and manifest His glory.

Joshua 1:11
It’s on the third day the people of God crossed the Jordan to take possession of the Promised Land.

Joshua 2:16
It’s on the third day the spies are safe and no longer need to stay in fearful hiding.

Esther 5:1
It’s on the third day Queen Esther bravely begins the plan to secure the rescue of her people and the comeuppance of their enemy Haman. His own weapon of death is used against him btw. That’s also what happens at the cross. Jesus uses Satan’s weapon, death, against the devil. Take a moment to stop and think about that.

Hosea 6:2
The third day is such a prevalent theme the prophet Hosea says “on the third day he will restore us that we may live in His presence.”

Matthew 12:40
Jesus likens himself to Jonah who was three days in the belly of a big fish before being vomited out to bring revival to the rebellious but subsequently repentant city of Nineveh.
All these third days are teaser-trailers for the greatest third day ever: Resurrection Day. The day Jesus proves He has defeated death, that sin’s penalty has been paid; that for those who trust in Him there is now no condemnation. More than that, He is the first fruit of the new creation. What happened to His glorified body will happen to the entire cosmos. All the bad stuff will be exorcised and all the good stuff supersized. Goodbye anxiety and depression. Hello peace and joy.

Like Isaac you don’t have to die. Like the cupbearer you can be lifted up. Like Joseph’s brothers you can be set free from prison, including the prison of guilt, feeling dirty for the bad things you’ve done and good things you selfishly didn’t do. Like Israel you can encounter the glory of God, as He comes down from the mount of crucifixion and walks out of the empty tomb, to walk you into the Promised Land with Him. Like the spies you can be safe and need not fear any more. Like the Jews under Xerzes you can be rescued (even though they, like us, did nothing to earn their salvation, it was won at great risk by another; grace, unmerited favour). Like the Ninevites you can escape the wrath of God and enjoy His loving embrace instead.

How do we get this hope? By faith. “The Ninevites believed God” (Jonah 3) and repented; they deeply acknowledged their sin and “turned from their evil ways” and God “had compassion” for them.
This hope can be yours right now. By faith this hope of glory can take up residence in your heart (Colossians 1:27). You can pull it from the future into your present. You can live with third day hope in a second day world because the third day God is with you, will never leave you, and is leading you to the New Heaven and Earth, where there are no turd days.

If you want to find out more about this hope, come to our 11am Easter Sunday service. There will be 50 original Easter related objects on display, including first century Roman nails and a spear head, to give you confidence that this isn’t ‘pie in the sky’ thinking but a historically verifiable hope.