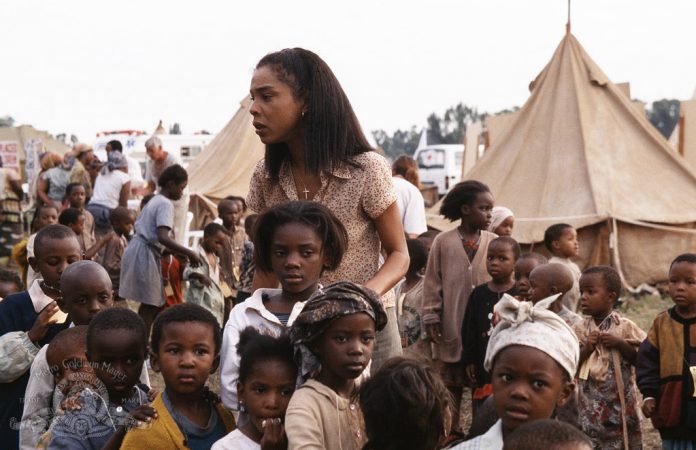 I will never forget the day I stood listening in disbelief, hearing for the first time the story of a Rwandan genocide survivor.

But what I will never forget, I fear is already being forgotten. We live in a world that’s too busy to stop and listen.
This brave man was speaking, ironically, in the playground of a school, situated on one of Rwanda’s many beautiful hills. Hundreds were hiding in its compound. When the first attack came, he was shot –  he touches the very visible scar, on the side of his head. The injury rendered him unconscious. In a place where there should have been joy and laughter, he awoke to find himself in a pit of dead bodies, presumed dead. Under the cover of night, covered in blood, he crawled on his hands and knees to safety.

I was 15 when the genocide took place. It barely registered in my busy self-absorbed life. It wasn’t until 2001, when I visited Rwanda with a team of trainee and young lawyers that I began to try to wrap my head around what had taken place:

800,000 people
murdered
in 100 days
quite often by their next door neighbours
taking up machetes against them.

After my first visit I came home to do some research. I went to the library to look at mircofiche (remember that?!) of newspapers from April-May 1994. It was nothing but a footnote, not a front page headline. The only noticeable coverage was the world’s unwillingness to call what was taking place genocide, for that required action to be taken, and with the troubles in Bosnia, there was no stomach for stories of Western soldiers dying. An unsung hero amidst this atrocity, General Romeo Dallaire, leading a peacekeeping force in Rwanda at the time was left completely unsupported, refused permission to do anything to stop the bloodshed. The world stood by, myself included, carrying on with our daily lives, and did pretty much nothing. It was as if the dying people of Rwanda were not important, forgotten, yet this was a genocide that the West was, at least partly responsible for, with its divide and conquer thinking, turning Huti and Tutsi against each other, with eugenic enthusiasm, to take the spoils of a land that didn’t belong to them.

Twenty-five years have now gone by. Let’s not turn a blind eye. There are lessons to be learned and remembered about justice, reconciliation, peacekeeping, and many stories of forgiveness and hope to be told.

The people of Rwanda have already taught me so much. Through them I learned about God’s heart for justice. Their story inspired Gary Haughen, founder of International Justice Mission, to write these words which have been forever etched upon my psyche: “…the knowledge of God’s great anger toward and condemnation of injustice is what gives me hope to seek justice in this world. Standing with my boots knee deep in the reeking muck of a Rwandan mass grave, where thousands of innocent people have been horribly slaughtered, I have no words, no meaning, no life, no hope if there is not a God of history and time who is absolutely outraged, absolutely furious, absolutely burning with anger toward those who took it into their own hands to commit such acts.”

The people of Rwanda continue to teach me that good can come from even the worst suffering imaginable. There’s something we all need to know about. This is one of the reasons why we are hosting the UK Premier of the short, award winning, documentary film Unforgiveable on Friday 22nd March.
It’s a chance to stop, look, listen, and live a richer, fuller, life, inspired by the testimony of genocide survivors who have been hurt deeply but are being used greatly. They have an important message about what’s really important in life, we Westerners especially need to hear.
So book your place today;  all proceeds go to ALARM: an African-led and African-staffed UK Registered Charity (#1080076) working to develop leaders who reconcile and transform lives affected by conflict and injustice. ALARM are working directly with those featured in the film.

And if you have time, read, watch and reflect on one or more of the following:
Books
We wish to inform you that tomorrow we will be killed with our families by Philip Gourevitch
Good News About Injustice by Gary Haughen
Films
Hotel Rwanda (2004)
Shooting Dogs (2007)
Shake Hands with the Devil (2007)